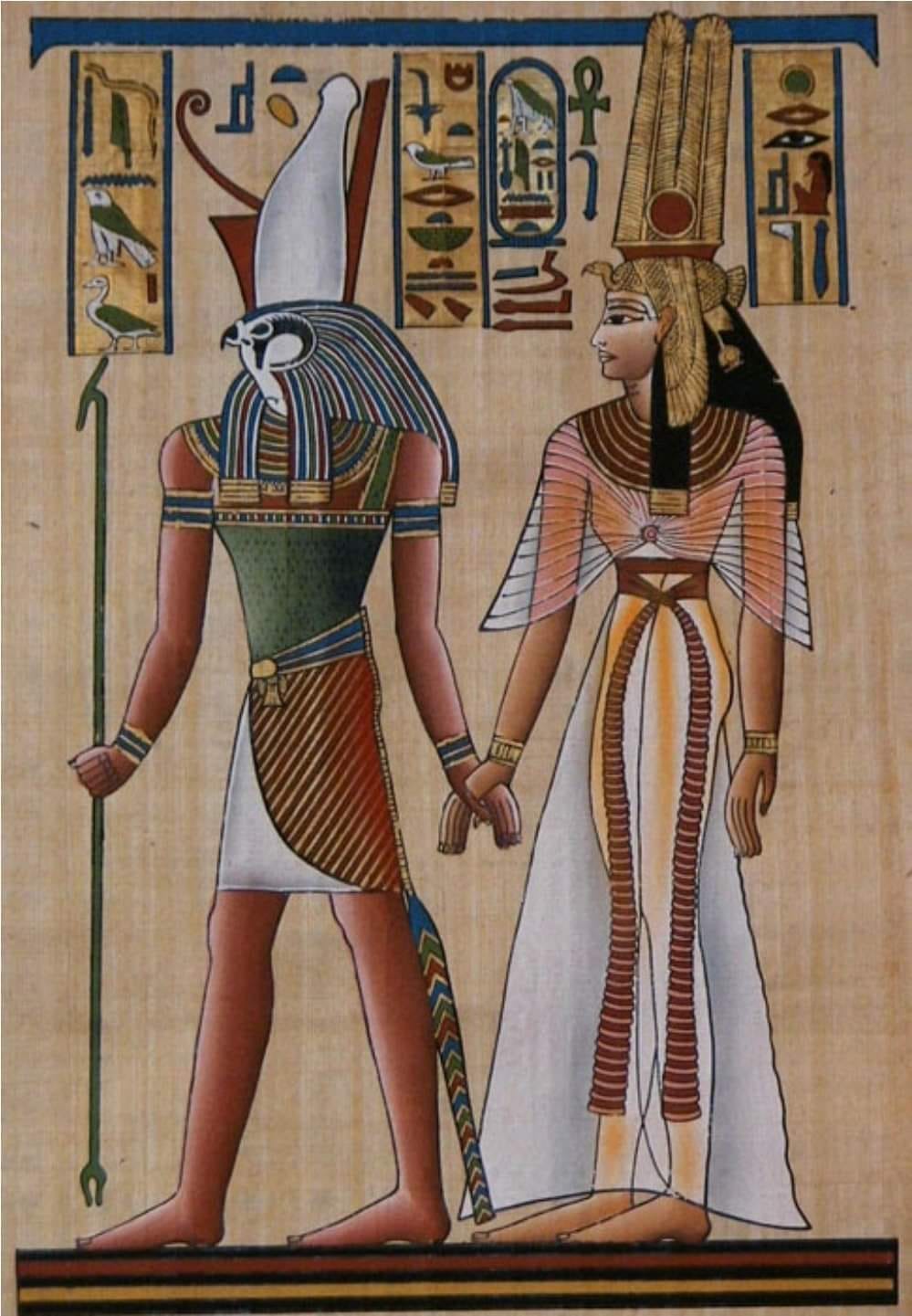 posted on Ixel Balamke’s FB page:
Today marks the beginning of the highly sacred “Feast of the Beautiful Reunion” dedicated to the celebration of the Sacred Marriage between Horus of Behdet (Edfu) and Hathor of Nitentóre (Dendera).
Two of the best-preserved temples in Egypt today are the temple of Horus at Edfu, and the temple of Hathor at Denderah. Both were built during the Ptolemaic Period on top of sites that originally date to the New Kingdom and before. Both temples also played a role in an annual festival celebrating the sacred marriage of Hathor and Horus called the Beautiful Feast of the Reunion, or Hab Nefer en Sekhen, which is recorded in the temple of Horus at Edfu.
The festival took place in the third month of Shomu, which would be late May or June on our calendar. Instead of a normal procession out of the inner sanctuary and through the town, which was standard fare for most temple feast days, for the Reunion Feast the statue of Hathor would be taken onto a ship to sail upriver from Denderah (called Iunet in Egyptian) to Edfu (called Utjeset-Hor or Djebu, which rendered the modern word “Edfu”). Hathor’s ship would be escorted along the voyage, which may have taken as long as two weeks, by priests and dignitaries of the Denderah temple. Other citizens may have joined in the fleet, celebrating the joyous occasion in pilgrimage.
The oracle statue of Hathor, carried in a barque shrine, would dock at Edfu and be carried amid much pomp and ceremony into a part of the Edfu temple built specifically for the occasion. This was in essence a “conjugal visit” between Hathor and Horus of Behdet (see the Feast of Victory page), and a renewal of their sacred marriage. For the average Egyptian, marriage seemed to be more of a civil contract; it was not considered the ‘religious institution’ that it is today. For the gods, however, matrimony ensured a continuation of the natural cycle of birth, life, and rebirth from death.
Following her visit to Horus at Edfu, Hathor’s statue and retinue would return to Denderah for another celebration to mark the birth of Horus and Hathor’s divine child. The corresponding part of the Denderah temple, called the mammisi, was the center of the observance. Their child was the god Ihy, pictured as a naked youth with a traditional curled sidelock of hair. Interestingly enough, Ihy also carried a sistrum, as he shared his mother’s propensity for music and celebration–the word ihy has even been translated in some texts as “musician”.
Mammisis as part of a temple date back to the Eighteenth Dynasty–Amunhotep III, Tutankhamun’s grandfather, commissioned one to proclaim his own divine birth to Amun and Queen Mutemweya. The mammisi at Edfu celebrated the birth of a different god, Horu-Sema-Tawy (called ‘Harsomtus’ in Greek). Evidently, the natives of Denderah regarded the child of Hathor and Horus to be Ihy, but at Edfu their offspring was Horu-Sema-Tawy! His name meaning “Horus-Uniter-of-the-Two-Lands”, Horu-Sema-Tawy was in fact another aspect of Horus himself. (The many aspects of Horus, most notably “Elder Horus” and “Horus-Son-of-Isis”, could merit their own essay elsewhere.) His identity at Edfu as the son of Horus the Behdetite also reflects the ancient concept of a god engendering himself anew through his divine consort; a concept familiar to modern pagans through the Wiccan concepts of god and goddess, the Egyptians referred to it in the title Ka-Mutef, or “Bull of His Mother”.
A similar theme is also represented on a famous shrine from Tutankhamun’s burial equipment. Its gilded surface is decorated with scenes of him and his queen, AnkhsenAmun, relaxing and enjoying one another’s company. A tiny pedestal inside the shrine still bears the footprints of a statue it once housed. Many scholars believe this shrine conveyed the hope that Tutankhamun would be reborn through his own union with the queen, just as so many of the gods did. Perhaps this shrine was his own small mammisi meant to celebrate his Beautiful Reunions into eternity.
Sources:
David, Rosalie. Religion and Magic in Ancient Egypt. New York: Penguin Books, 2003.
Lichtheim, Miriam. Ancient Egyptian Literature. Berkeley: University of Berkeley Press, 1980.
FYI, great day to reaffirm those vows of love. Another way is to work the spell for 7 days and on the 8th day, you embrace joy. 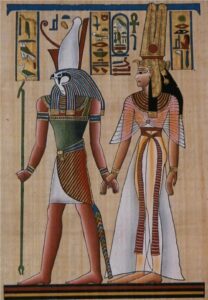