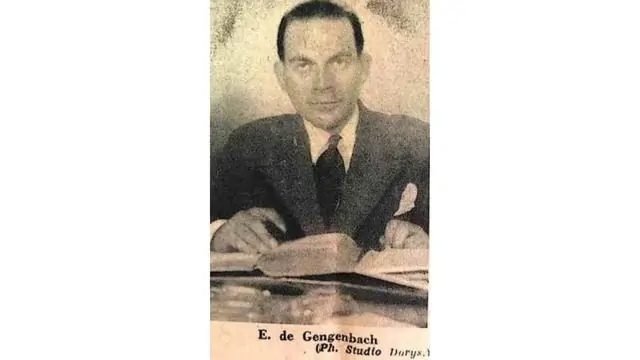 Massimo Introvigne has published a new interview at the Bitter Winter Magazine regarding French writer Ernest de Gengenbach, the subject of no less than five books by Christophe Stener. The article starts:

“Christophe Stener, Professor of Geostrategy at the Université Catholique de l’Ouest (UCO), Angers, France, is a scholar of both China and French and European religious and esoteric culture, literature, and iconography.

“He has just published not less than five volumes devoted to French writer Ernest de Gengenbach (1903–1979). While not many remember Gengenbach today, he may be of interest to historians of different fields. He interacted for many years with André Breton and the Surrealist circles. A former seminarian who sometimes proclaimed himself an apostate from the Catholic faith and a Satanist, he repeatedly staged his return to Catholicism, befriended prelates, and was even taken seriously by the Vatican. As a Satanist, Gengenbach is of interest to scholars of Russian esotericist, sometimes called a Satanist, Maria de Naglowska, although specialists of Naglowska have so far missed her relationship with the French writer and the latter’s enormous manuscript on the Golden Mass.

“Stener does not ignore the unpleasant features of Gengenbach’s personality, and his inclination towards using fraud and blackmail to survive. He believes, however, that he is worth rediscovering today, as he had a real influence on some French intellectual circles and is also a forgotten part of the history of Satanism.

“Stener has published with Books on Demand (2022) two volumes on the life of Gengenbach, and another two on his works. A fifth volume reprints the book “Messes Noires” (Black Masses), which Gengenbach published in 1929 under the pseudonym Jehan Sylvius (all these books are available on Amazon). The following interview will hopefully give the readers a taste of Stener’s set of books (available in French only).” 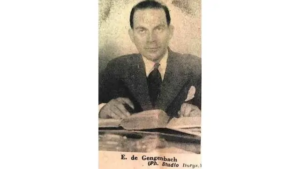