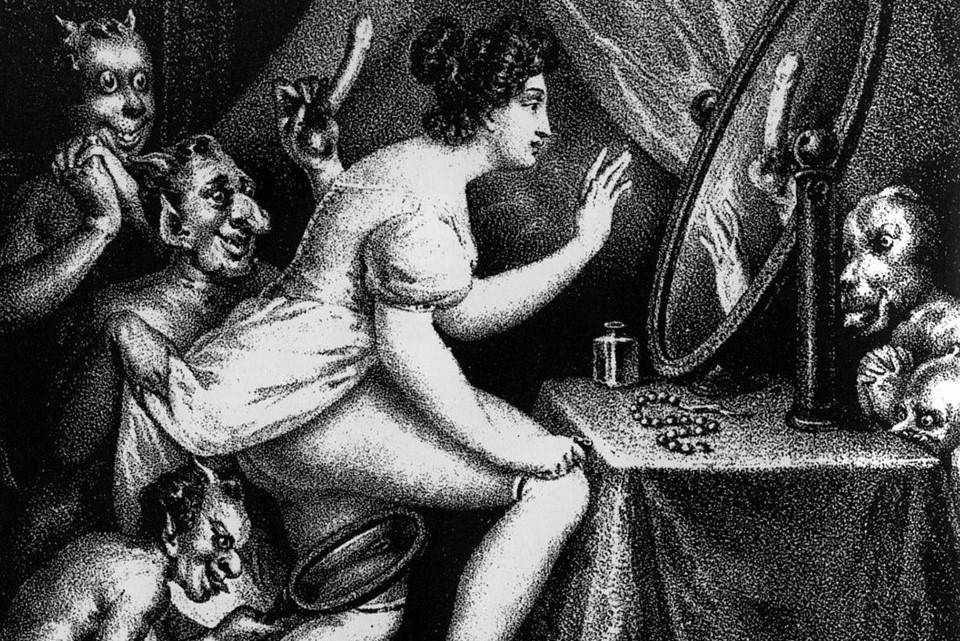 Achille Deveria via Delta of Venus

Revisiting that time in 19th-century France when everyone was obsessed with doing it with the devil.

Pricilla Frank talks to Robert Steward about the proliferation of the depictions of devil’s in erotica in 19thC Paris.

‘Rewind a couple of centuries, though, and devilish demons were all the rage — naughty little fiends who were as titillated as they were repulsive. “Impish, hyper-sexual, grotesque, playful; sort of the antithesis of what a proper citizen of the era was expected to be,” ‘….. ACHILLE DEVERIA VIA DELTA OF VENUS