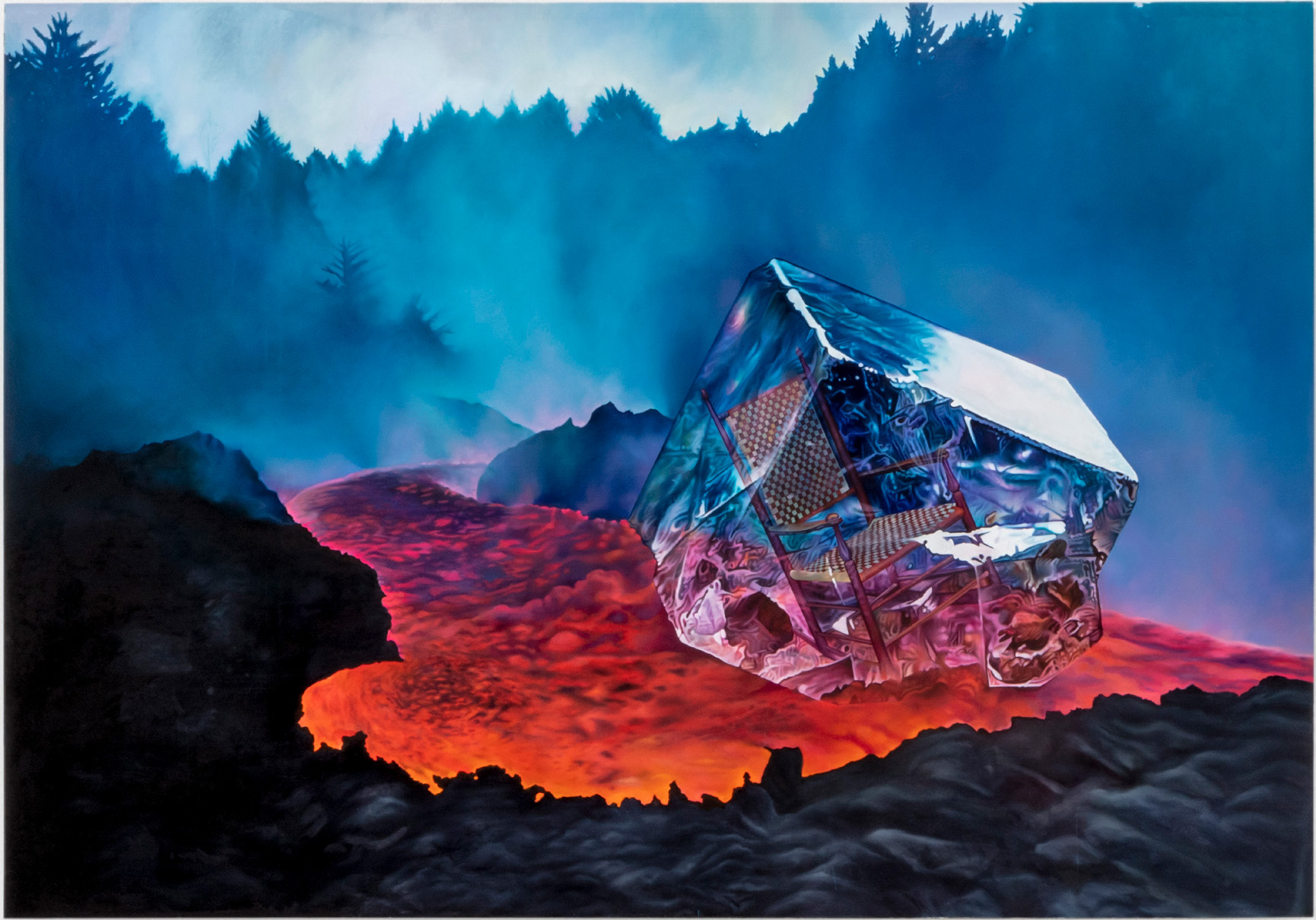 The Deitch Gallery in Los Angeles is announcing the The Emerald Tablet Exhibition, featuring the work of Ariana Papademetropoulos, which will run through October 23. The Gallery is located at 925 N Orange Dr, Los Angeles, CA 90038. Their newsletter says:

Drawing inspiration from Los Angeles’s unique aesthetic, The Emerald Tablet celebrates the intersection of the occult and the magic of set design, blurring the world of cinema and the great beyond. Papademetropoulos is in dialogue with a rich history of artists enraptured by alchemy at the heart of Hollywooda portal to another world.

The exhibition is modeled on Dorothy’s quest to The Emerald City in Frank Baum’s “The Wizard of Oz” and invokes its iconography to ignite the dialogue between esotericism and popular culture. As a fervent Theosophist, a religious movement that flourished in Los Angeles at the turn of the century, Baum’s Emerald City is a reference to The Emerald Tablet of Hermes, an ancient text that formed the foundations of alchemy and all subsequent western occult traditions.

Throughout the exhibition are works by artists that speak to the art of transmutation, In the first gallery, six new paintings by Papademetropoulos transport the viewer into a technicolor dimension, where the hyperreal and the paranormal combine with both harmony and unsettling dissonance. Her interiors and vessels float between realms, past and future, interior and exterior, tangible and ethereal. They exhort us to find magic in our immediate surroundings. The artist does not shy away from beauty and fantasy as portals to ominous themes. The subjects in her paintings are often trapped or escaping their idyllic pathways.

In the second gallery, Papademetropoulos assembles a terrain of Hollywood folklore populated by uncanny forms and fauna. Works include Raúl de Nieves’s glittering carousel, whose rotations create the vortex between one world and the next. Henry Darger’s watercolors of winged sprites and a pair of enchanted slippers by Luigi Ontani mark the next initiatory stages. A new sculpture by Isabelle Albuquerque reclines in the center of the gallery. Gradually the journey unveils its perils, including Jordan Wolfson’s cottage crowned by the face of a tortured witch, Hugh Hayden’s elemental sacred ladder, and a hidden cave of gnomes and gemstones by Jim Shaw.

We are then drawn to the third and last gallery: a reimagination of The Emerald City as a spiritualist landscape. In homage to Agnes Pelton, murals adorn the walls like science fiction set designs conjoining the inner planes of transformation with the outer reaches of space. Its contours lead towards paintings by Pelton and surrealist Leonora Carrington. Sculptural works by Jean Marie Appriou and Mike Kelley fortify the textures of the metaphysical landscape. The alchemy of the Los Angeles counterculture exemplified by Marjorie Cameron is given contemporary expression by Jill Mulleady and Theodora Allen. Unseen films by the Los Angeles founded spiritual group Unarius are screened through a monolithic boulder, while an original soundscape composed by Beck permeates the landscape.

This exhibition is a celebration of Los Angeles as a locus for transformation, while observing magic as an influential art form rather than a mere metaphor for cinematic mystique. Like the Emerald City, the lore of Hollywood unveils its many glamours, its capacity to deify and deceive, to transport us to a reality of our choice.