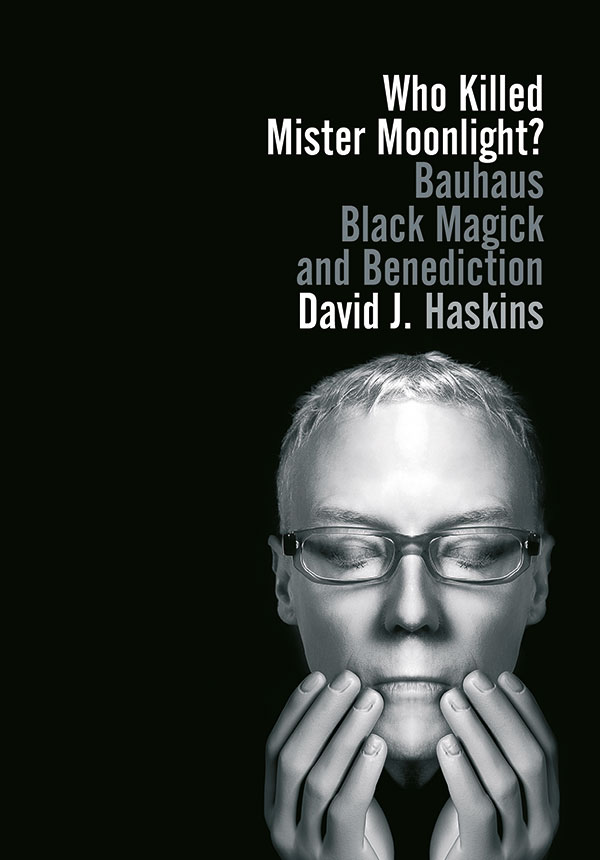 Jawbone Press has published David J. Haskins’ “Who Killed Mister Moonlight?” a memoir detailing his time with Bauhaus, Love & Rockets as well as his investigations into the realm of magick.

The publisher’s site says: “Beginning with the creation of Bauhaus’s seminal debut hit ‘Bela Lugosi’s Dead’, David J. Haskins offers a no-holds-barred account of his band’s rapid rise to fame and glory in the late 70s, their sudden dissolution in the 80s, and their subsequent (and often strained) reunions.

“In between, he explores his work as a solo performer, and with acclaimed trio Love And Rockets—culminating in the devastating fire that ripped through the sessions for their 1996 album Sweet F.A. He also delves deep into his exploration of the occult, drawing together a diverse cast of supporting characters, including William S. Burroughs, Alan Moore, Genesis P. Orridge, and Rick Rubin.

“Bristling with power and passion, music and magick, Who Killed Mister Moonlight? is a rock’n’roll memoir like no other.”

An interview with Mr. Haskins will appear in a Thelema, NOW! podcast in weeks to come.