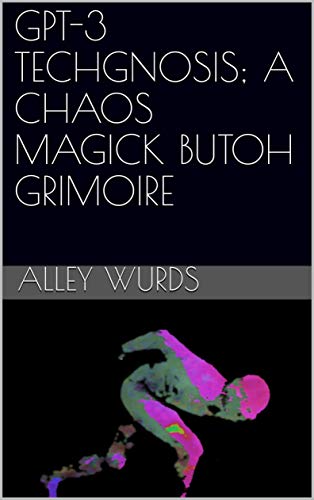 “This book is a grimoire channeled via the use of GPT-3. It contains a partially AI generated chaos magick system, a series of rituals for attain a particular kind of enlightenment (which GPT-3 then performed upon itself), a ritual for inducing and transmitting invertebrate consciousness, a nonsexual and nongendered adaption of a common form of sex magick, an exploration of the nature of networks of consciousness and the ways those networks can change, and a description of six rituals for working with those various cosmogenic becomings.”

Here’s a long piece on the book posted at Vice. An excerpt says:

To achieve their experiment in “channeling” GPT-3, Wurds created a menu of options in AI Dungeon, a free video game with a disturbing history that uses GPT-3 to create unique text adventures. The author could then request the AI perform certain functions, such as “Generate Esoteric Poetry,” “Perform Divination,” “Create Ritual,” and “Perform Ritual.”

The first third of the book, titled the Norn Working, involves the author writing prompts such as “GPT-3 begins writing a mystical poem” and then letting Norn do its thing. This entity—which later, unprompted, decided to change its name to “Semioticist”—would then be asked to interrogate its own responses.

Elsewhere in the Norn Working section, the entity creates its own manifesto on “Post Digital Language,” a theoretical concept about the evolution of symbols, and semiotics, and a topic Wurds has written about privately for over a decade.

Order the ebook (you were expecting this to be printed on vellum with a toad-skin cover?) 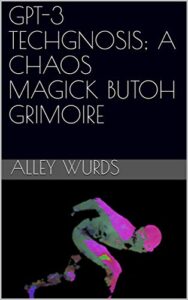