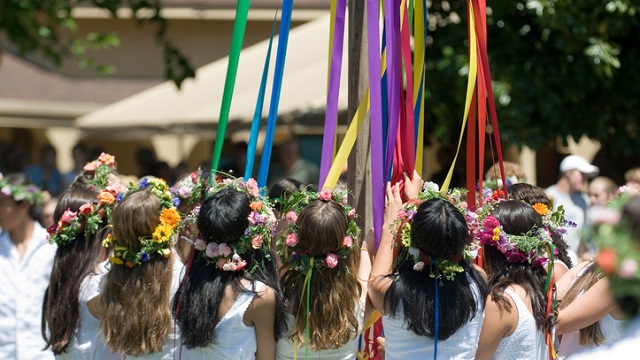 According to Wikipedia, today is Beltane: “…the anglicised name for the Gaelic May Day festival. Most commonly it is held on 1 May, or about halfway between the spring equinox and the summer solstice. Historically, it was widely observed throughout Ireland, Scotland and the Isle of Man. In Irish the name for the festival day is Lá Bealtaine, in Scottish Gaelic Là Bealltainn, and in Manx Gaelic Laa Boaltinn/Boaldyn. It is one of the four Gaelic seasonal festivals—along with Samhain, Imbolc and Lughnasadh—and is similar to the Welsh Calan Mai.”

While Beltane is not a Thelemic ritual or feast, the White Goddess website tells us: “Many Wiccans and Pagans celebrate Beltane. It is one of eight solar Sabbats. This holiday incorporates traditions from the Gaelic Bealtaine, such as the bonfire, but it bears more relation to the Germanic May Day festival, both in its significance (focusing on fertility) and its rituals (such as May pole dancing). Some traditions celebrate this holiday on May 1 or May day, while others begin their celebration the eve before or April 30th.”

In honor of what is observed by modern pagans as a celebration of sacred sexuality, please enjoy this song by Jonathan Coulton!