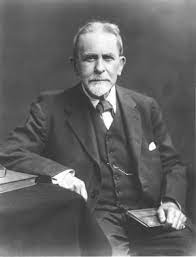 University of Melbourne, Australia will be sponsoring a conference examining Sir James Frazer’s The Golden Bough Friday, February 10 – Sunday, February 12, 2023. The organizers are calling for people interested in presenting to submit abstracts of proposed presentations (no more than 500 words)  by  July 1,2022 to goldenboughconference@gmail.com. The conference will be titled: “Shaking the Tree, Breaking the Bough: The Golden Bough at 100.”
The posted description says:
Precisely 100 years ago Sir James Frazer published the final—and now most popular—version of his magnum opus The Golden Bough (1922). In the past century we have, of course, learned to scorn the overblown theories of this Victorian-era historian of ancient religions, dissecting the flaws in his methodology, noting his inaccuracies, and criticizing his overly universalizing tendencies.[1] Then we analyze data pertaining to religions both ancient and modern exactly according to his tenants. Minoan Mother Goddesses[2], Near Eastern sacred prostitution, the fertility of the land in the body of the king, dying and rising gods and sons of gods, thousands of so-called fertility figurines, and modern devotions to matricentric pagan religions all hail from the pages of this openly discredited volume.
It is time to reevaluate the pernicious influence of Frazer and his Golden Bough on the study of ancient and contemporary religions and related disciplines. Why is every goddess a fertility goddess (even the warrior goddesses)? Why does the Minoan goddess dominate her lover/son? If Frazer’s theory of dying and rising gods has been discredited[3], why does it form the core of one of the world’s major religions? To what extent did he inform our analyses of Dionysos, mystery cults, and other aspects of Greek mythology? Why is temple prostitution still considered to be a staple of Mediterranean cult practice? How clear or warped is the lens through which modern reconstructionist religions perceive their ancient antecedents and models? How viable is it to study ancient myth through cross-cultural analysis, understanding the death of Baldr through the Rex Nemorensis, or Pluto as Merlin (or was that vice versa), or….?
Finally, we must ask ourselves to what extent religious studies and its related humanities of History, Classics, Assyriology, and Literary Studies amongst others have been unduly and continuously (if unconsciously) influenced by “trendy” notions of the past and present. What “theories” are really just habits, nostrums passed down through the generations? How can we tell? And, perhaps most importantly, how can we tell when we are doing it again?
Areas of consideration for this conference include:
Ancient Religions (e.g. Ancient Near Eastern, Minoan, Roman)
Comparative Religious Studies
Biblical Studies
Pagan Reconstructionism
Neo-Paganism
Art and Interpretation
Literary Studies
Theory in Historiography and a Historiography of Theory
Keynote Speakers for the Conference are:
Dr. Helen Cornish, Goldsmiths, University of London
Dr. Cynthia Eller, Montclair State University, Emerita
Professor Ronald Hutton, University of Bristol
Professor Christine Morris, Trinity College Dublin
Professor Martti Nissinen, University of Helsinki
Organised by Stephanie Budin and Caroline Tully.
________________________________
[1] See, for example, J.Z. Smith’s 1973 “When the Bough Breaks,”
History of Religions 12.4, 342–371.
[2] E.g. C. Eller’s 2012 “Two Knights and a Goddess,” Journal of
Mediterranean Archaeology 25.1, 75–98.
[3] T.N.D. Mettinger’s 2001 The Riddle of Resurrection, Chapter 1