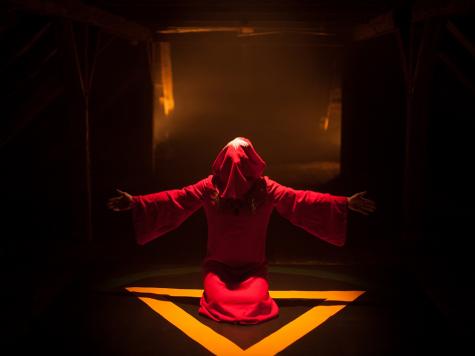 According to a 2011 feature in the L.A. Weekly, regarding Brian Butler:

“He’s a musician, artist, writer and filmmaker who also works in Anger Management. That is, with Kenneth Anger, author of the movie industry’s two-volume gossip bible, Hollywood Babylon, and director of underground films such as Scorpio Rising (1964) andInvocation of My Demon Brother (1969), a ‘cinematic spell’ that may, in fact, have summoned Butler himself.

“The two met more than 10 years ago, when Butler was producing video segments for Disinformation, which aired on the U.K.’s Channel 4. He has proved himself a torchbearer to Anger’s creative legacy, producing the octogenarian’s newest works, most recently acting as creative director on a short film for Missoni’s 2011 fall/winter campaign.

“Butler also directed the short film Night of Pan, featuring Vincent Gallo, with a rare cameo by Anger, who reveals an impressive tattoo of the word Lucifer across his chest.

“In addition to working together, Anger and Butler share an interest in ‘magick. Yes, that’s magick with a k, something Crowley added to distinguish the craft from stage shows.

“Butler first became acquainted with Crowley after reading his book Magick in Theory and Practice. But he steers clear of other followers of Thelema, Crowley’s surviving sect.”

Here’s a link to his short film “Babalon Working” https://www.youtube.com/watch?v=EciqLH81260

and a link to his interview on Thelema, NOW! http://wuelf2000.libsyn.com/thelema-now-guest-brian-butler