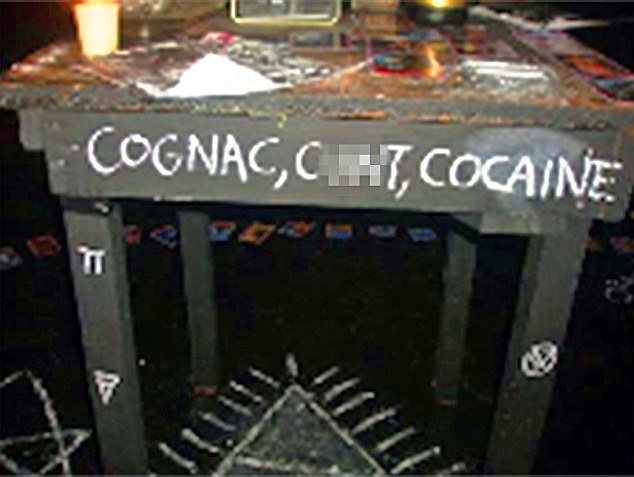 London’s Daily Mail recently ran an article on the past exploits of Carrie Symonds, who’s been linked to Brexit proponent Boris Johnson, which includes acting in a student production utilizing Crowley writings. To wit:

“… the most shocking pictures show her performing in an X-rated play. It is thought she took part as a drama student at Warwick University, where she studied from 2006 to 2009.

“The production was based on the writings of self-styled mystic Aleister Crowley – an unabashed occultist who revelled in his infamy as ‘the wickedest man in the world’. He died in 1947.

“Crowley’s form of worship involved sadomasochistic sex rituals with men and women, spells which he claimed could raise evil gods, and the use of hard drugs, including cocaine and heroin.

“In one picture she is kneeling on the floor with a table in the background. On the table are written the words ‘cognac, c*** and cocaine’ – a reference to one of Crowley’s most notorious poems.
“A bottle of cognac and small pile of white powder, believed to represent cocaine, are on the table, which is surrounded by a circle of cards. The words ‘Do As Thou Wilt’ are scrawled in chalk in the centre of the circle.

“Alongside Miss Symonds sits a bare-chested male student with ‘Big Beast’ and ‘Do As Thou Wilt’ daubed across his chest and throat in black ink.” Thanks to Brother Crow for the tip!