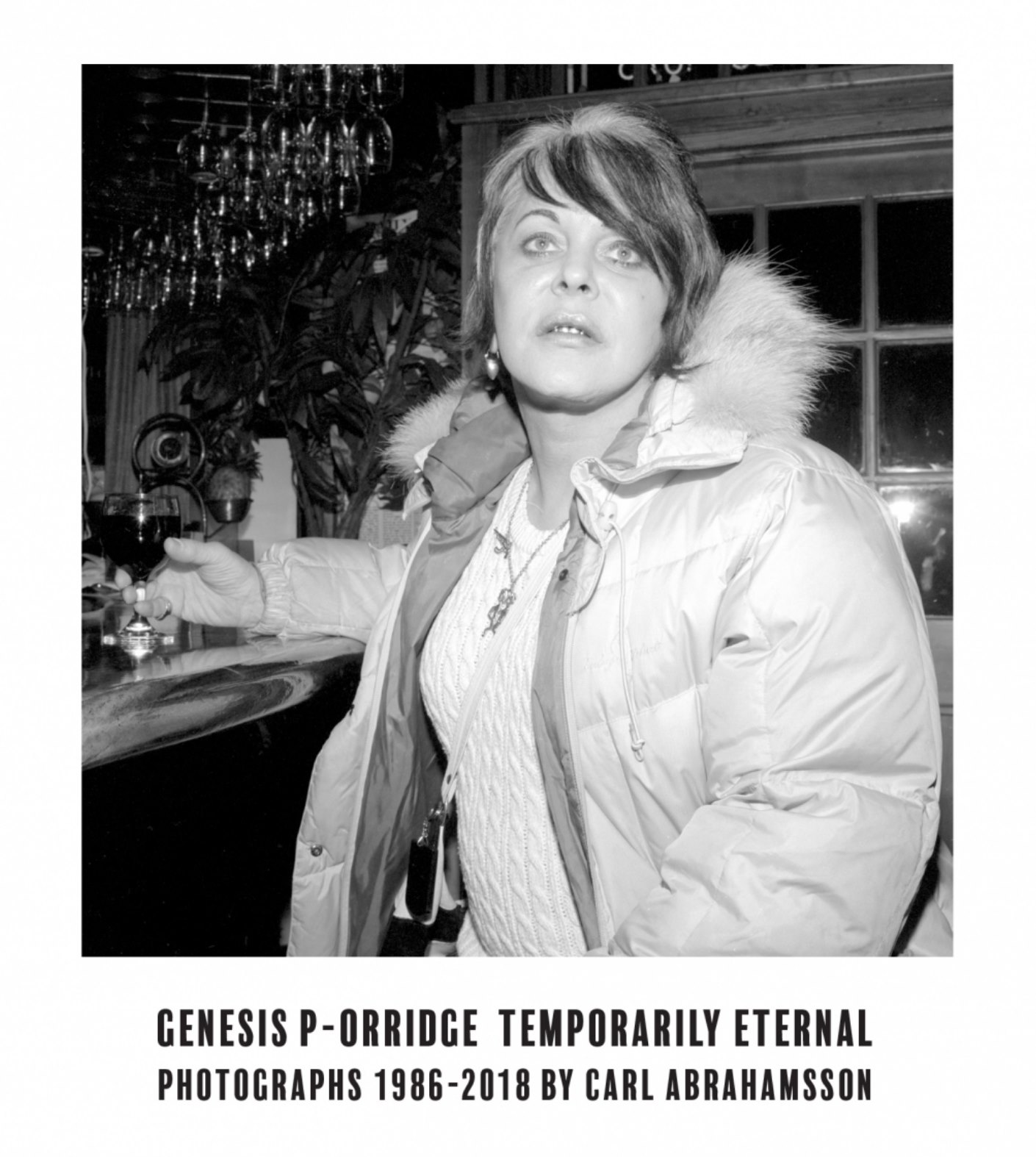 “Temporarily Eternal is an emotional-visual summing up of a creative friendship between Swedish author Carl Abrahamsson and British artist Genesis P-Orridge (1950-2020) that lasted for more than three decades, and which was filled with musical projects, films, books, writings, conversations, travel, and a great deal of magic. This book both is and is not a companion to Genesis Breyer P-Orridge: Sacred Intent – Conversations with Carl Abrahamsson 1986-2019. It is, in the sense that the present book also focuses on shared moments during the same period of time. It is not, in the sense that it’s not an intellectual trip into concepts and thoughts expressed via language, in conversation. Instead, this book contains photographic portraits: some are staged, considered, thought through, and some are pure snapshots of auspicious and fleeting moments. And some are definitely somewhere in between: juggling immediate form with desired content. Trapart Books 2021, paperback, 8,5 x 8,5”, 182 pages, with approximately 150 photographs, and an essay by Carl Abrahamsson.”