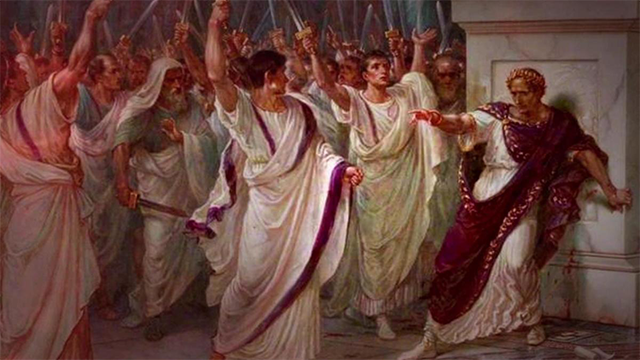 In the Roman calendar, the Ides of March would correspond to March 15. Several religious observances were made on the Ides, and it was also often the deadline for settling debts. Although March was the 3rd month of the Julian calendar, in older Roman calendars it was the first month of the year. This meant that from the first of the month until the Ides, Romans used to make their new year celebrations.

In Shakespeare’s The Life and Death of Julius Caesar, written about 1599, the protagonist is warned to “Beware the Ides of March.” In 44 BCE, a group of conspirators led by Marcus Junius Brutus stabbed Julius Caesar to death in front of the Roman senate.

In honor of this day, please enjoy this recipe for a Classic Caesar Salad.

Top Ten Reasons to Beware the Ides of March.

The Life and Death of Julius Caesar.