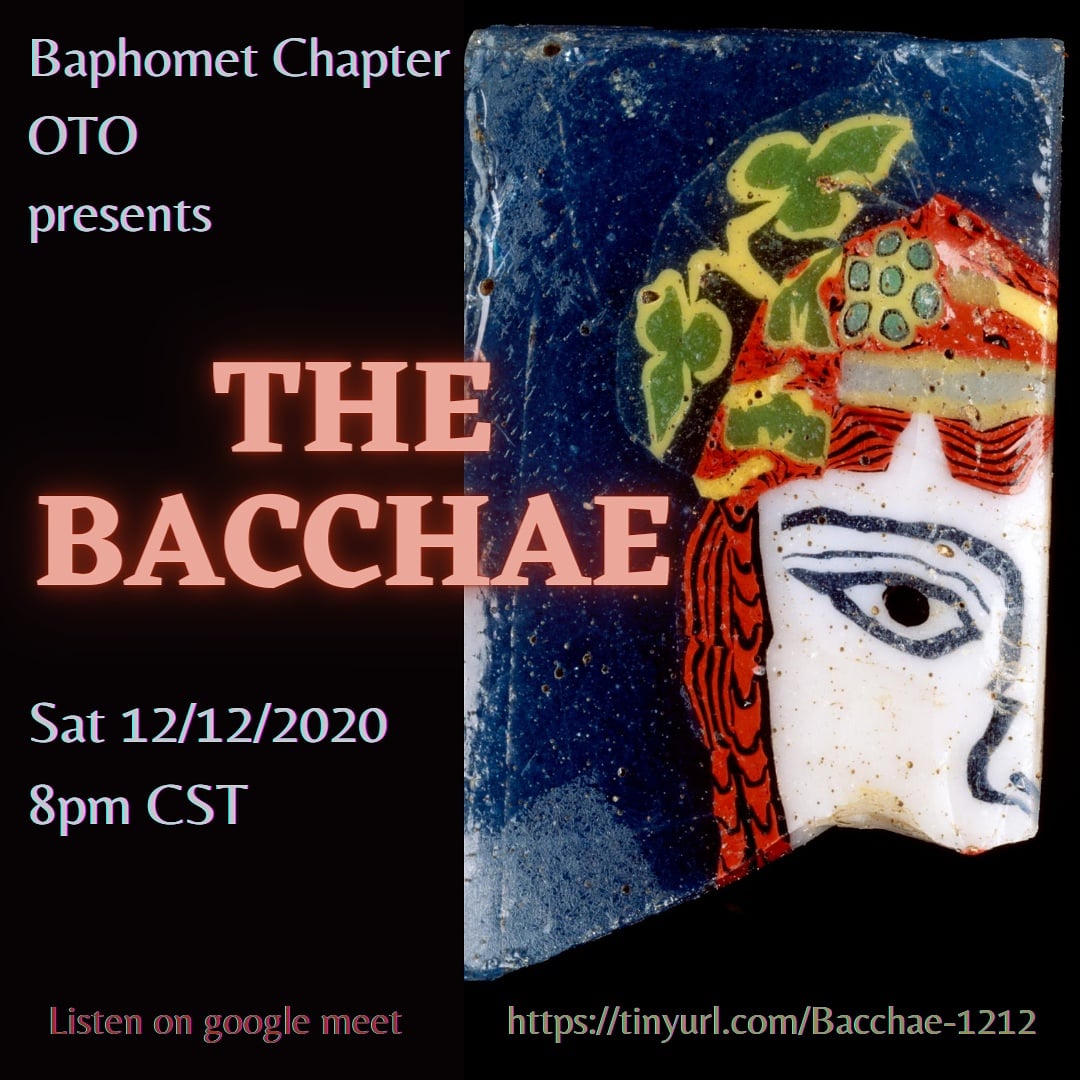 Login to Google Meet: https://tinyurl.com/Bacchae-1212Audio: +1 337-346-2406 / PIN: 932 812 276#Written by the Athenian playwright Euripides sometime around 400 BCE, The Bacchae is considered by some to be one of the greatest tragic plays, ancient or modern.The play tells the story of the punishment of King Pentheus of Thebes by Dionysus, the god of wine, wild women, and divine madness.In revenge for Thebes’ slander that he is not the son of Zeus, and for Pentheus’ refusal to allow his rites to be celebrated, Dionysus proves his divinity to all through a series of miracles — and Pentheus’ gruesome punishment at the hands of his own mother.The production will feature both O.T.O. and non-O.T.O. cast members. It is based on the translation by Donald Sutherland (c) 1967 University of Nebraska PressDirected and with additional edits by Christeos Pir, 2020 e.v.