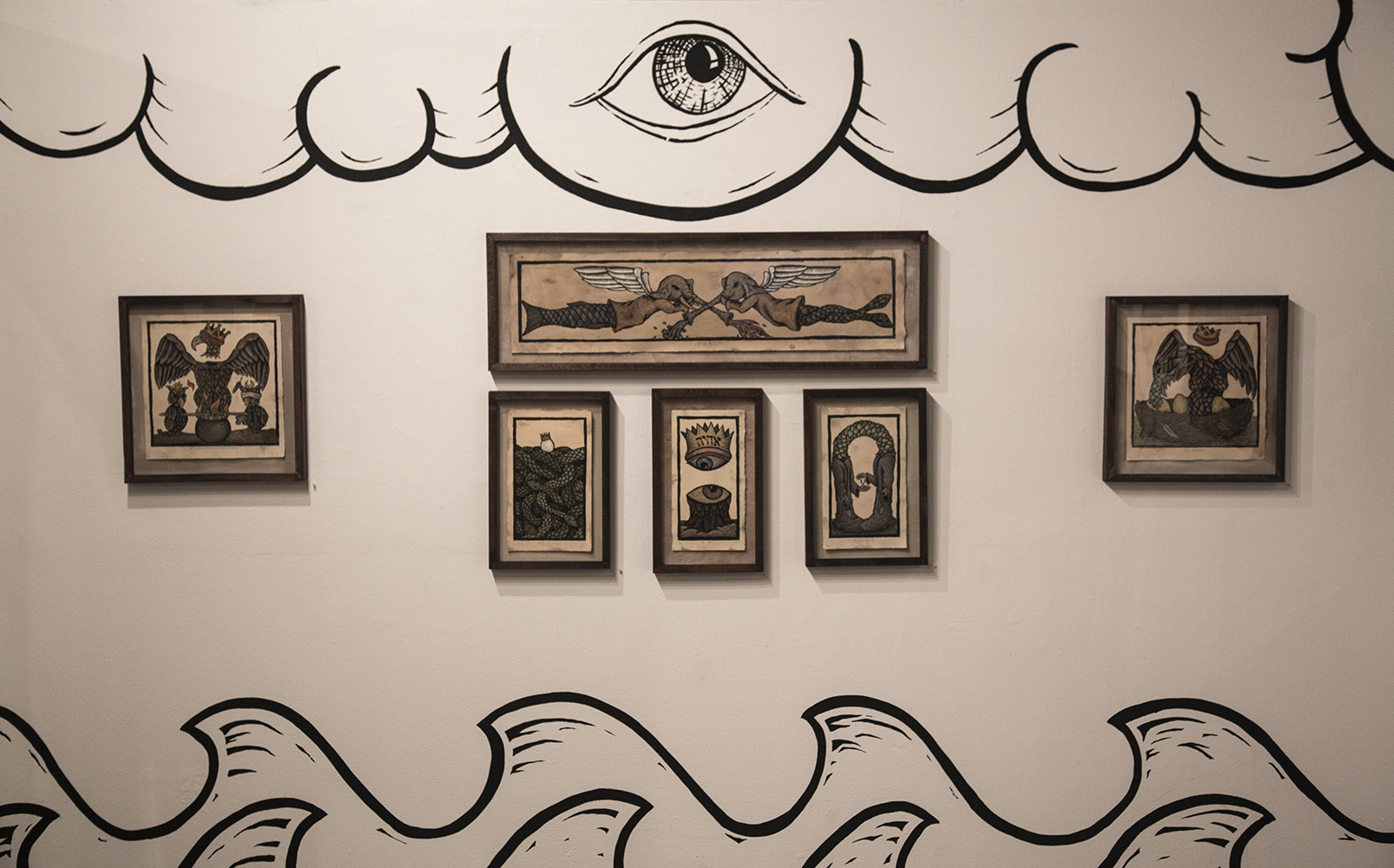 The Anno Domini gallery in San Jose, CA presenting the  “PILLARS” exhibition featuring the work of Travis Lawrence (St. Louis, MO) November 3–December 9, 2017. The gallery’s site states:
“There are numerous accounts throughout Western traditions heavily referencing the use of pillars to house the Holy or contain hidden knowledge. These tales describe the pillars to be entrances to a temple, or the primary source to uphold it. The traditions speak of wisdom preserved inside these timeless vessels. It was the duty of the seeker to pass through or align with these pillars in order to discover the truth hidden within. “’Pillars’ is the title of an ongoing series of relief prints by Travis Lawrence. Influenced by Jungian psychology and mythology, Travis uses the art of printmaking to create illustrious allegorical imagery. Reinterpreting medieval alchemical illustrations and illuminations, each symbolic print appears to be an excerpt of narration filled with mystery and metaphor. The viewer is invited to explore the content of these pillars through a contemplative interaction with the archetypes. “Additional pieces included in the exhibition are works that were created during the relative period of time and selections from a prior series entitled ‘The Vessel.’ “Travis resides in the Midwest where he was born and raised. Having a religious upbringing opened his perspective to the interaction with ideas greater than and/or within oneself. The creative process is an act of opening doorways and manifesting these ideas through symbol and metaphor. Similar to alchemy, Travis uses printmaking as a meditative procedure of transforming the mundane into a higher state.”