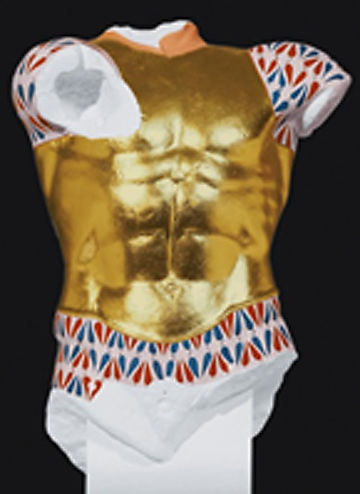 The Metropolitan Museum of Art at 1000 Fifth Avenue, New York, NY 10028 is hosting the exhibition Chroma: Ancient Sculpture in Color.

“Ancient Greek and Roman sculpture was once colorful, vibrantly painted and richly adorned with detailed ornamentation. Chroma: Ancient Sculpture in Color reveals the colorful backstory of polychromy—meaning “many colors,” in Greek—and presents new discoveries of surviving ancient color on artworks in The Met’s world-class collection. Exploring the practices and materials used in ancient polychromy, the exhibition highlights cutting-edge scientific methods used to identify ancient color and examines how color helped convey meaning in antiquity, and how ancient polychromy has been viewed and understood in later periods.

“The exhibition features a series of reconstructions of ancient sculptures in color by Prof. Dr. V. Brinkmann, Head of the Department of Antiquity at the Liebieghaus Skulpturensammlung, and Dr. U. Koch-Brinkmann, and introduces a new reconstruction of The Met’s Archaic-period Sphinx finial, completed by The Liebieghaus team in collaboration with The Met.Presented alongside original Greek and Roman works representing similar subjects, the reconstructions are the result of a wide array of analytical techniques, including 3D imaging and rigorous art historical research. Polychromy is a significant area of study for The Met, and the Museum has a long history of investigating, preserving, and presenting manifestations of original color on ancient statuary.” 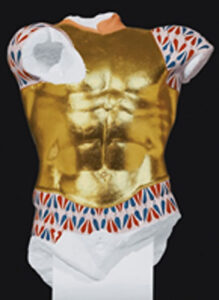