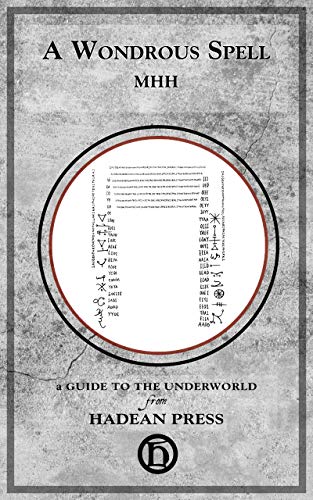 Hadean Press has published A Wondrous Spell: Necromancy in the PGM (Guides to the Underworld) by Mat Hadfield. The post description says:

“Inspired by work with the Titans Hekate and Helios and various Necromantic workings both modern and archaic, MMH presents ‘A Wondrous Spell’ taken specifically from PGM IV. 296-466. This spell, like many found in the Greek magical papyri, contains rich examples of ritual techniques that were prevalent around the Mediterranean during the second century BC to the fifth century CE, and highlight the methods whereby the dead could be moved into action to achieve the goals of the sorcerer. In A Wondrous Spell: Necromancy from the PGM, MHH offers an analysis of the original spell including the materials used in it, as well as a revised version adapted for the modern magician.”