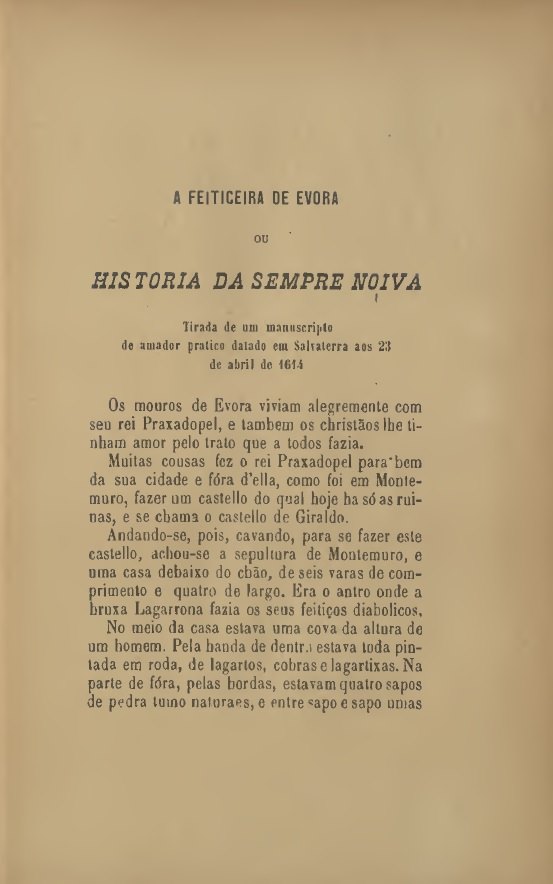 Here’s an interesting study of the myth of Lagarrona, the witch of Evora, Portugal by Humberto Maggi. The myth was first introduced to the world at large through the Historia das Antiguidades de Evora by “Amador Patrício,” the pseudonym of Martim Cardoso de Azevedo, which was published in 1739. An excerpt from Maggi’s essay says:

“This story introduces us to Lagarrona as a witch of great powers: she makes her son invisible, and then turns him into an ass. Here we find new mistakes by the copyist, who claims that this donkey disappeared “fleeing through the fields”, when the original narrative says he was carried away in the air – so Lagarrona also had this power.

“The sorceress ‘had achieved by her spells that her son would disappear for the love of a Christian woman’, so she could predict the future. She prepared spells that, placed under the pillows, made the girl coveted by her son and her fiancé to fall asleep without consummating the marriage, and other enchantments that, put on the groom’s clothes, killed him in twenty-four hours. And so with two more suitors.”