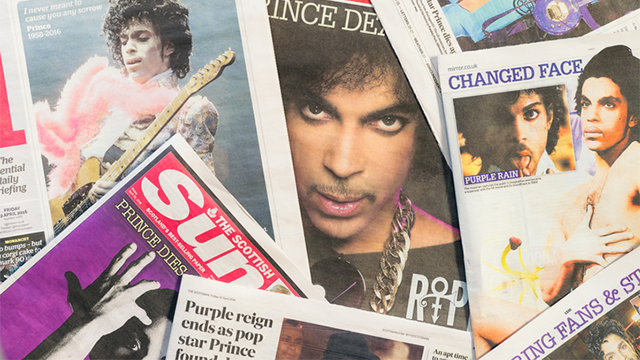 All cocky, teasing talk about sex, that’s Prince. Forget Mr. Look So Good; meet the original Mr. Big Stuff. He’s afraid of nothing onstage: ready to take on all the desires of a stadium full of his lusty fans, ready to marry funky black dance music and punky white rock music after their stormy separation through the Seventies, ready to sell his Sex Can Save Us message to anybody who’ll give his falsetto a listen.

Prince Rogers Nelson was born June 7, 1958 in Minneapolis. He signed his first music contract at age 18. On his early albums, he often played every instrument and sang his own backup most of the time. We lost him last year to chronic pain after years of energetic performance, but his music lives on with us forever, singing to us of both Eros and Agape.

Here is a suggested Purple menu to feast in his honor. Pick and choose the flavors you’d most enjoy!