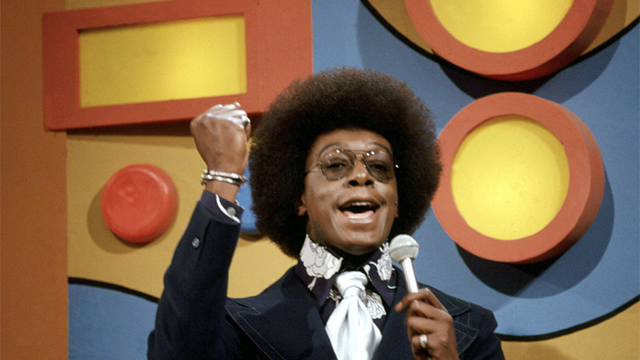 Eighty-one years ago today, Donald Cortez “Don” Cornelius was born in Chicago. While he filled a number of roles in his lifetime, including 18 months as a US Marine in Korea, he is best known for launching Soul Train. The show first broadcast on local television, and expanded to national syndication. As writer, producer, and host of Soul Train, Cornelius offered wider exposure to black musicians such as James Brown, Aretha Franklin, and Michael Jackson, and created opportunities for talented dancers, setting a precedent for popular television dance programs.

The New York Times notes, “Soul Train” was durable enough in pop-culture memory to be parodied on “In Living Color” as “Old Train,” and a Don Cornelius action figure was once a plot point on “The Fresh Prince of Bel-Air.” But Mr. Cornelius’s closest friends and supporters, including Mr. [Jesse] Jackson, lament how little serious recognition and respect he got when he was alive.

In honor of Don Cornelius, here is a selection of recipes similar to those offered on the menu of the 2014 Soul Train cruise.