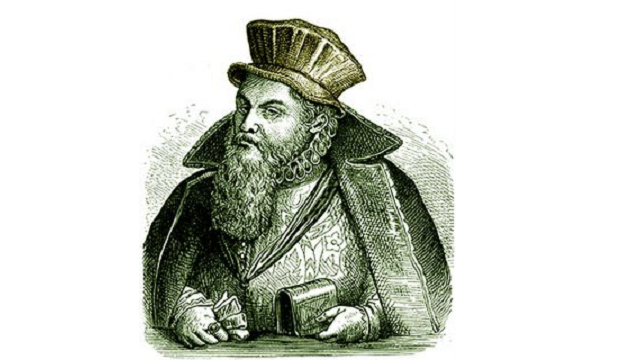 Today is the 333rd day in the year in the Gregorian calendar. It is also the 427th anniversary of the death of Philipp Nicodemus Frischlin.

Frischlin was a German poet, playwright, mathematician, and astronomer. He became known for his play, Rebecca, which he read to emperor Maximilian II. Maximilian rewarded him with the laureateship, and in 1577 made him an imperial count palatine or Pfalzgraf.

Because he was outspoken about his opinions, his criticism of the bourgeoisie and aristocracy eventually led to his arrest and imprisonment. While attempting to escape the window of his cell, he fell and died.

In honor of Frischlin’s birthplace of Wtirttemberg, here is a traditional recipe for potato noodles.