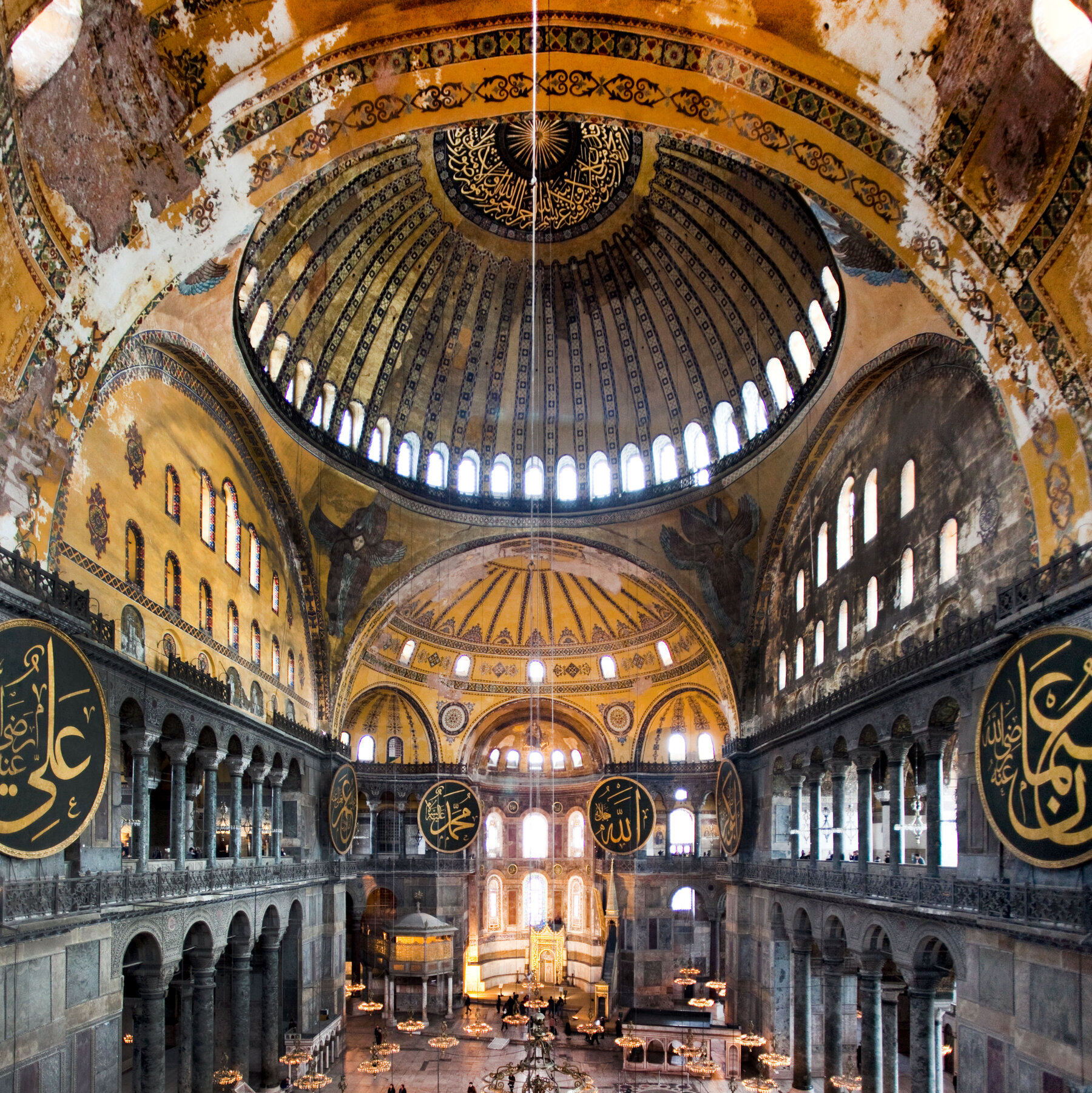 “Hagia Sophia / Sanctum of Kronos: Spiritual Dissent in an Age of Tyranny is a study of the esoteric doctrines and spiritual traditions encoded within the Hagia Sophia, as manifested in its structural and decorative design.

“The Hagia Sophia is one of the world’s most iconic buildings, but its origins in Late Antiquity conceal a sacred mystery preserved in the face of rising Christian tyranny. It is a building that encodes its spiritual agenda, in stone, resonance and light.

“Peter Mark Adams has lived for thirty years in sight of the Hagia Sophia, and has turned his expertise to decoding the teachings expressed in the sacred architecture, materials, light and geometries of this remarkable and compelling edifice. He writes,

“It is possessed of its own distinctive atmosphere, a frisson or feeling-tone at once sublime but at the same time, quite alien; and it was this, this indisputable phenomenologically attested sense of the extraordinary occluded beneath the accretions of its various identities, that bid me commence the present project; that of exploring its metaphysical origins.

“Adams focusses on paring the building back to its original form, as it stood in the sixth century ce. Though now obscured by some 1500 years of appropriation, re-inscription and botched restorations, remarkably, much has been preserved, hidden in plain sight, and from that we can ascertain the metaphysical aims of its architects. Adams transports the reader into the spiritual and esoteric world of Hellenism in Late Antiquity; a world that suffered violent oppression, its metaphysical outlook and spiritual practices criminalised, its practitioners variously exiled, tortured or executed and its texts burned.

“The spiritual origins of this tradition originated with Nestorius, the last legitimate Eleusinian Hierophant, and his son, Plutarch of Athens, a priest of Asclepius. Its executor, however, was none other than Plutarch’s daughter, Asclepigenia. Almost unknown today, she was arguably the last and greatest High Priestess of Antiquity, initiating and training some of the greatest intellects of the age – Syrianus, Hermias, Proclus, Ammonius and many others – who came to study within the newly created School of Athens. There they imbibed a performative theurgical spiritual tradition that was, in turn, conveyed to its various offshoots in Asia Minor and the great Hellenistic schools of Alexandria.

“For almost a thousand years, Eleusis had been the greatest sanctuary within the ancient world, and its rites the most revered and archaic mysteries of the gods. With its sanctuary destroyed by monks in 395CE and its rites prescribed by Imperial decree, the holders of the thousand year old initiatory lineage embarked upon a mission to preserve the essential core of its spiritual message.

“Hagia Sophia / Sanctum of Kronos traces the unfolding of this project over the course of almost two centuries, culminating in the construction of the Hagia Sophia or ‘Holy Wisdom.’ Designed by initiates of the school of Alexandria it encapsulates the metaphysics of spiritual union as taught within the Eleusinian tradition – in defiance of Imperial religious decrees, persecution and oppression – to preserve a true, faithful and timeless narrative of spirituality. Hagia Sophia / Sanctum of Kronos interprets the clues left embedded within the building itself; and locates their source and hidden significance, travelling back across the ancient Hellenistic world from Asia Minor to Alexandria and Athens until we arrive at the gates of Eleusis itself.

“Part I, The Golden Chain, establishes the metaphysical and spiritual lineage of the building’s designers; a journey that takes us to the school of Athens; a school specifically established to preserve the initiatory lineage of the mysteries of Eleusis. From Athens it traces the golden chain of initiatic succession to Alexandria, and from there to Tralles, Miletus and Aphrodisias in Asia Minor – the last great Ionian centres of Hellenism and rural paganism. Finally, it examines covert Hellenist, Procopius of Caesarea’s  reactions to the building in the sixth century – shortly after the building had been completed.

“Part II, Sacred Landscape/Sacred Architecture, explores the key tenets that govern the sacrality of landscapes and by extension, sacred structures.

“Part III, The Immateriality of Stone, reads the visual language of the building itself, both structurally and decoratively; and decodes the clues left for us by its designers 1,500 years ago.

“Part IV, The Return of the Golden Age of Kronos, concludes the quest by unveiling the hidden landscape of the soul encoded and occluded within the building’s structure. This work is, ultimately, about the recovery of a shared spiritual legacy of which the esoteric communities of today are direct spiritual descendants.

“The text is supplemented by a glossary, and two appendices: Gamze Güzen’s Astrological Elective Reading for the Commencement of Construction of the Hagia Sophia in 532 CE; and Harper Feist’s The Design and Reflective properties of the Original Dome.

“As with Peter Mark Adams’s previous works, this is an adept, rich and immersive book, illustrated with evocative and evidentiary images in colour and black & white.” 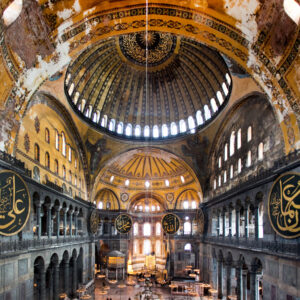