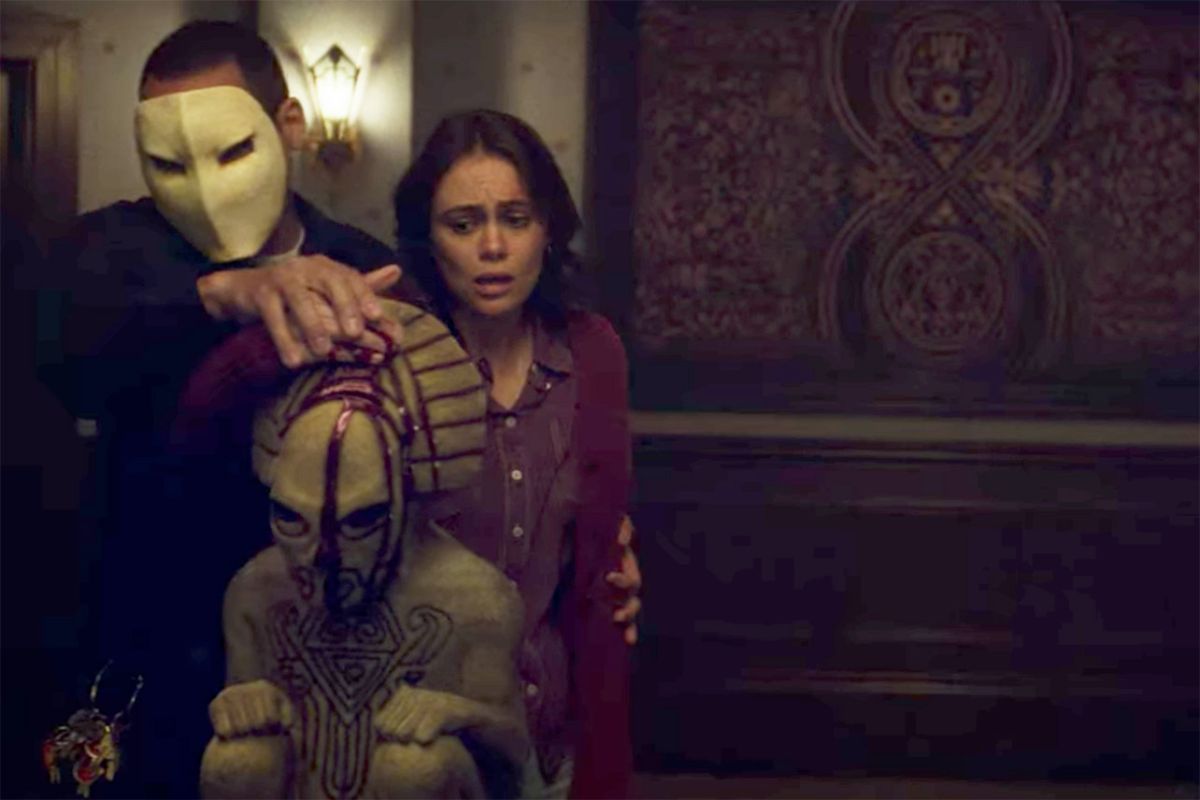 Archive 81 is a series launched on Netflix last month with some tasty occult themes running through it. The brief description post along with the video trailer for the series says:

“As a video archivist investigates the secrets behind a mysterious fire, he becomes convinced he can save a young woman from the terrifying fate she met 25 years ago. A new supernatural thriller comes to Netflix on January 14th. Rewind to reveal the truth. Watch Archive 81, only on Netflix: https://www.netflix.com/title/80232738″

You can find thumbnail sketches of each episode here: https://www.netflix.com/title/80222802. The page starts with this description:

“An archivist takes a job restoring damaged videotapes and gets pulled into the vortex of a mystery involving the missing director and a demonic cult.”

“While this is going on, Mark digs deeper into the Evie and William Crest connections. It’s revealed that William used to hang around with the Agape Lodge guys from Los Angeles. The papers he kept seemed to have been linked to the Vos Society.

“Now, the Vos Society look to be the inspiration around “The Circle” and they seem like a dangerous bunch. Their ringleader is a woman named Iris Vos, showcased in an old black and white photo.

“Back at the house, Dan remains determined to finish the job nd get out of the house before things turn uglier than they already have. Dan soon gets rid of the mold from the tapes and Melody’s story continues.

“Samuel drops his nice guy charade and claims that the mold is a proof of their devotion and promises Melody that he has the answers she’s seeking. It’s pretty unnerving, to be honest, but she eventually agrees to be led down into the basement. Alone.

“Once there, Melody finds another little circle, humming and chanting like before. As Melody looks around the strangely familiar room, Samuel reveals that this mansion used to belong to the Vos family.

“The song she’s hearing isn’t actually a song after all – it’s a prayer. Samuel sensed that Melody was the one he’s been searching for ever since her adverse reaction to the opera. Samuel also calls Melody the ‘Baldung.’

“Playing a tape of the old ritual, Melody witnesses Iris slitting the throat of a girl used as a sacrifice and a cup of blood poured over the demon statue.

“Samuel promises Melody that she’ll be reunited with her mother and encourages the woman to open her mind and embrace this cult. Instead, Melody curses him out and hurries away.” 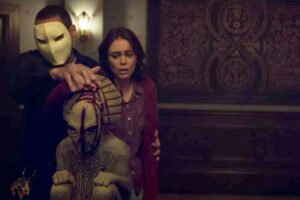