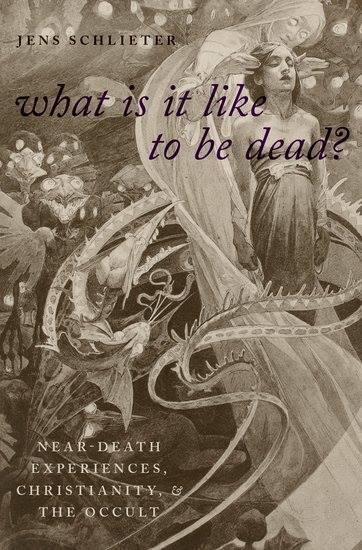 Oxford University Press has announced the imminent publication of the fourth title in the Oxford Studies in Western Esotericism – Jens Schlieter’s What’s It Like To Be Dead, now available for pre-order. The publisher’s site states:

“What Is It Like To Be Dead? offers the first full account of the modern genealogy of ‘near-death experiences’ and outlines the important functions of these experiences in the religious field of Western modernity. Emerging as autobiographical narratives in the legacy of Christian death-bed visions, near-death experiences were used in Western religious metacultures (Christian, esoteric, and spiritist-occult) as substantial proof for the survival of death and various other claims, for example, the ability of the soul to leave the body in mesmerist or other esoteric practices. The study demonstrates how certain features of near-death experiences, such as the panoramic life review and autoscopic out of body-experiences, were initially not reported in Christian death-bed narratives. Instead, they emerged in occult and esoteric circles in the 19th and 20th centuries, in experiments with astral projection, drugs, and “clairvoyant” states.

“It was only in the 1970s that Raymond Moody, to whom we owe the generic term ‘near-death experience,’ could declare the different features to be elements of a single phenomenon. Enabling factors include the discussion on ‘brain death’ and coma, the 20th-century increase in hospitalized dying, the crisis of traditional religious institutions in the 1960s and early 70s, and the ‘imperative of individual experience.’ Jens Schlieter analyzes the religious relevance of these near-death experiences–for the experiencers themselves, but also for the growing audience of such testimonies. These functions encompass ontological, epistemic, intersubjective, and moral significance, ranging from reassurance that religious experience is still possible to claims that they initiate a new spiritual orientation in life, or offer evidence for the transcultural validity of afterlife beliefs.”