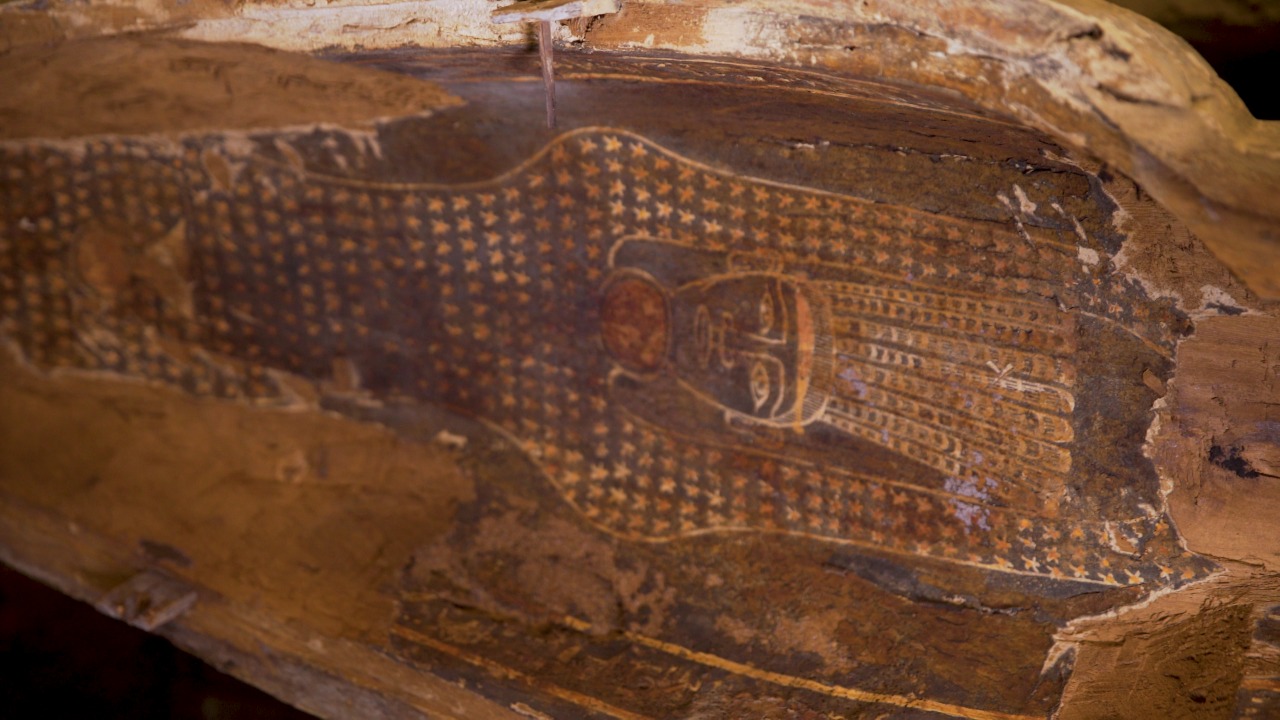 A number of outlets are reporting on the discovery of 13 wooden coffins at the famed necropolis of Saqqara – the site of some of the first monumental pyramids built by ancient Egyptians. This new find is of more recent burials, right now being dated to about 500BC – relatively late in Egypt’s 7000 year history. What’s making headlines is that these coffins all appear to be sealed and untouched by looters. Looting of grave goods has part of Egyptian culture goig back millenia and the famed Valley of the Kings necropolis was created specifically to create greater security for the dead interred there. note this pic of Nu painted on the inside of a coffin lid – the idea being that the person interred was now nestled in the embrace of the Goddess.