The Theosophical Society in America is offering a free webcast Thursday April 8 at 8PM EDST = 7:00PM CDST = 6:00PM MDST = 5:00PM PDST. Keep in mind that almost every major player in late 19th century Western occultism was a member of the Theosophical Society, least for a while, or at least influenced by the TS. Though Crowley had a bone to pick with Madam Blavatsky’s successors, he was a fan of Helena herself.

“The main tenets of Theosophy implicitly charge Theosophists to do their work in a way that helps give birth to a global society built on a new paradigm. Gwendolyn Reece – a Theosophist, Pagan Priestess, and activist, will discuss some of the major Theosophical ideas that lay out how we can work to rebuild human societies, issuing a call to action for Theosophists to embrace their role as visionaries daring to imagine new thought forms for what a generative, virtuous, society rooted in reciprocity could look like.  She invites you to dare to dream with her.” 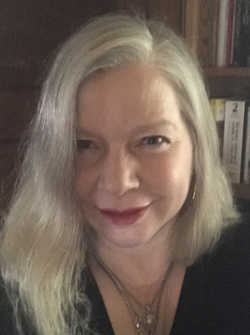 “Gwendolyn Reece holds a Ph.D. in education and master’s degree in religious studies. She is the Associate University Librarian and Director of Research, Teaching, and Learning at American University. Gwendolyn has been a member of the Theosophical Society in America since 1999 and is a Wiccan High Priestess of the Assembly of the Sacred. She leads Theophania coven in Washington, D.C., and organizes the Sacred Space Conference, the largest annual esoteric conference on the east coast.”