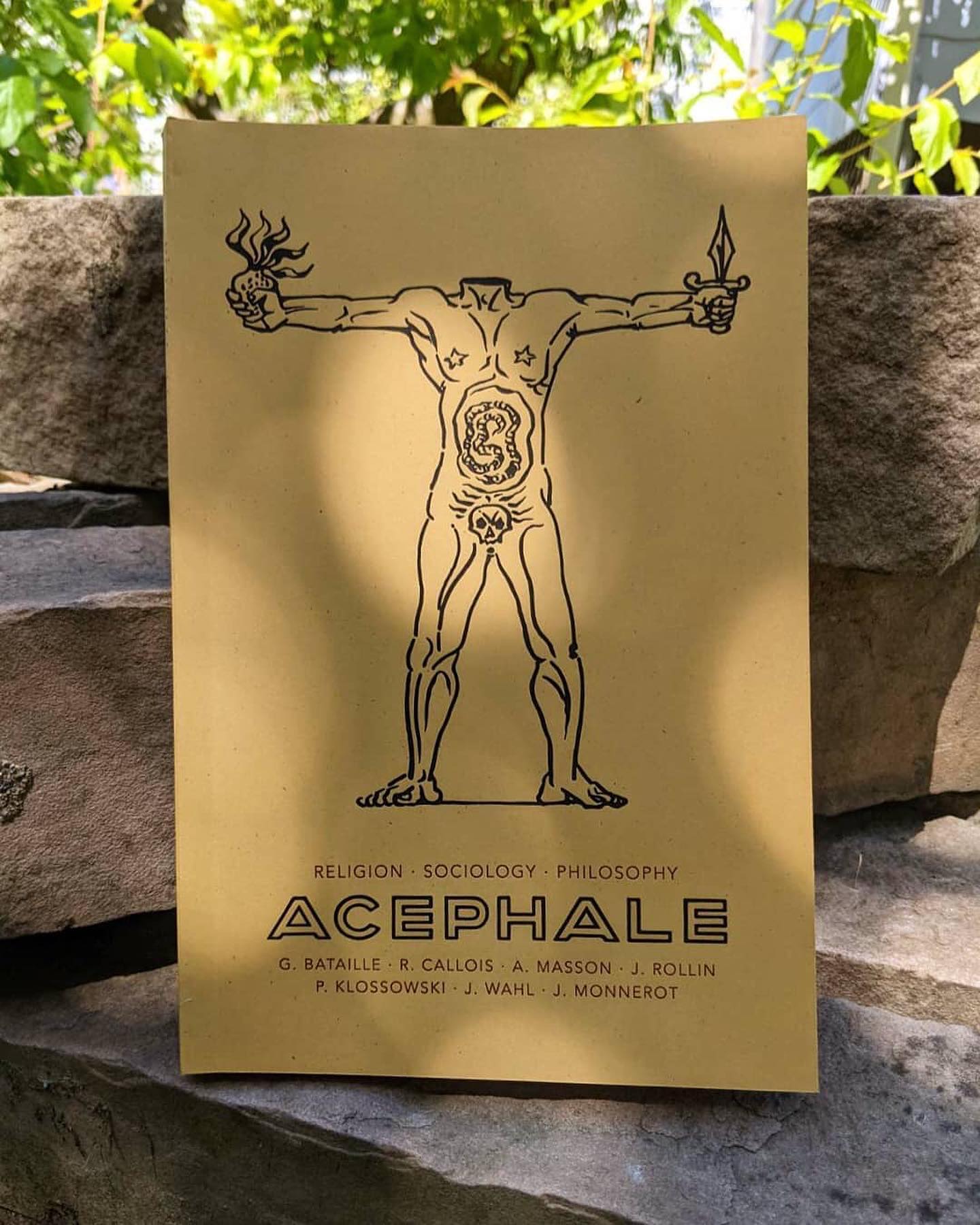 Contagion Press is ecstatic to announce their first release in two and a half years, the first full English translation of Acéphale, the 1936-1939 journal of the secret religious society of the same name formed by Georges Batail le and his friends at the height of the anti-fascist struggle in France.

This volume contains all five issues of the original journal, (re)translated in and in semi-facsimile with a letter-pressed cover.

The introduction discusses the group’s connections to anarchy, Nietzsche’s teachings, and the Dionysian tradition:

“What had the face of politics and imagined itself to be political, will one day unmask itself as a religious movement.”

Kierkegaard’s prophecy is taken as the epigraph of the Acéphale journal and as the sacred task of the corresponding secret society. The College of Sociology is the third and most public layer of the new initiative Georges Bataille undertakes in April 1936. It is a decisive and paradoxical moment. At the very height of the anti-fascist struggle, Bataille turns his back on politics and leaves Contre-Attaque, the combat union of revolutionary intellectuals he has only just formed together with Claude Cahun, André Breton, and others. In the same moment, he dedicates himself completely to the secret society under the sign of the acéphale, a headless figure who has come to him in dream and trance as much as in his study of ancient art, who is starry-breasted, labyrinthine of belly and has the face of death for its reproductive organs, who clutches the knife of sacrifice in its left hand and the sacred heart in its right, and whose appearance signs the dramatic break with even the most revolutionary forms of political struggle.

The full introduction is yours to continue reading at https://acephale.info and the book may be purchased at https://contagionpress.com for $17, or soon enough at your local anarchist bookstore (we hope).